I own a VXDIAG NANO GM.  I bought the 2 year subscription from the tis2web site so that I could update the software in my 2014 Chevy Impala. Well, everything worked except my driver seat memory control module. An error appeared during programming and it bricked it so I can’t move my seat or mirrors.  GDS2 can’t see it now either to run diagnostics.  Bought a new seat module and they are un-programmed from the factory but it won’t program either.  I was reading in a blog that I probably need an interface that allows me to use the MDI manager directly from GM and not a hacked version.  Some people claimed that some of the modules need the latest MDI code from GM to work.

Do you agree with the blogs I have read about needing the most current MDI manager software?

Is the MDI 2 100% compatible with the GM one so that I could use the MDI manager from the GM site and be able to update the interface with GM firmware? Or does it use a hacked MDI manager like the VXDIAG?

If not then do you sell an interface that would work with the original MDI manager software from GM that would allow use of the latest software?

GM also has CAN bus diagnostics software that that the VXDIAG does not fully support.  Do any of your other interfaces like the MDI 2 support it?

Yes, GM MDI2 GDS2 software can solve the problem. In the GM MDI2 software, there is engineer software called “dps” is shown as below. Open this DPS software and view the menu to select the function you want to operate.

Hope it helps you! 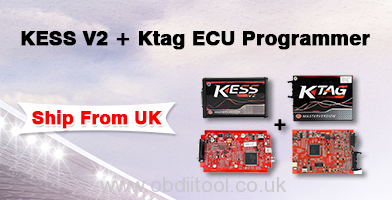